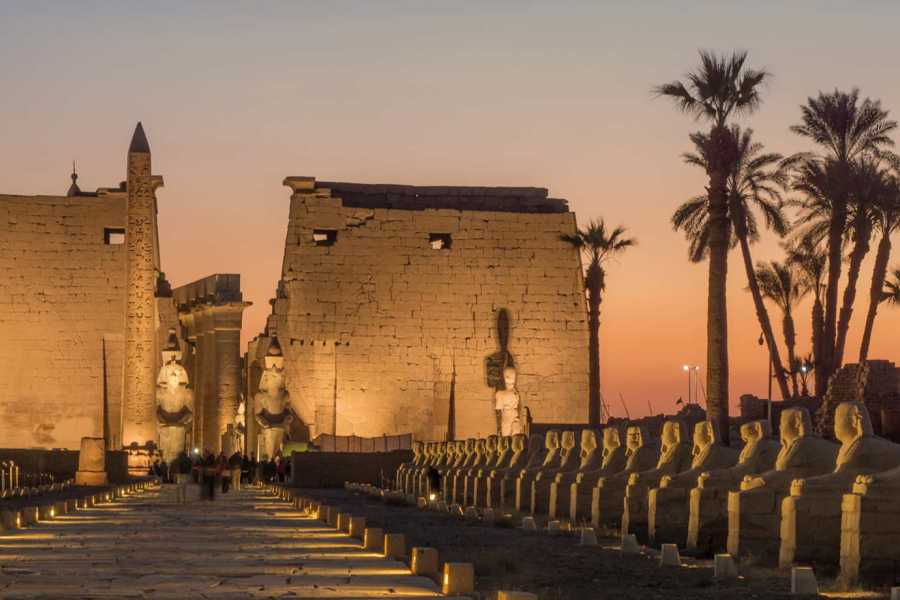 Luxor is one of the most incredible and famous cities all over the world because it’s full of ancient Egypt history and wonderful landmarks in many places, that’s why Luxor is called the biggest air museum as by taking hot air balloon ride in the early morning, you will have nice chance to see the sunshine over some of the ancient Egyptian temples, let’s discover luxor temple and karnak temple map.

Today, my friends, I will guide you through a trip to some of Luxor ruin and dive deep in this marvelous city and discover some secrets together.

First of all let’s talk about Luxor temple; who built Luxor Temple, why and when?

The pharaoh Amenhotep III started the construction of the temple, and then Rameses II completed it during his long reign. Both of the two kings were great builders and left great and rich history.

Actually, the huge 24m-high first pylon was constructed by Ramses II and decorated with stunning reliefs of his military exploits, including Kadesh Battle. Originally, the pylon was fronted by six colossal statues of Ramses II, four standing and two seated, however, only one standing and two of the seated statues remain. 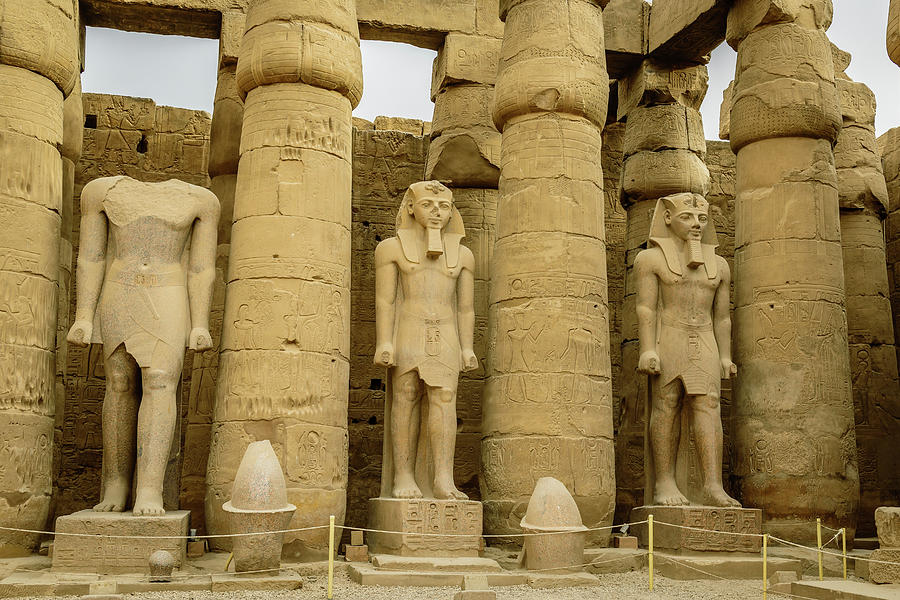 Beyond located Ramses II the Great Court, it is surrounded by a double row of columns with lotus-bud capitals, you will find the walls which are decorated with scenes of the king making offerings to the gods.

On the south wall is a procession of 17 Ramses II sons with their titles and names.

One of the interesting facts about the temple that in the pharaonic times a huge number of sphinxes that located at the entire 3 kilometers between Luxor temple and the temple complex of Karnak to connect the two locations.

Luxor temple is located on the East bank in the heart of Luxor which was the reason that Luxor Temple becomes a very easy location to visit at almost any time of the day. Even if Luxor temple is closed, it’s still visible to the public during walking down the Nile corniche or by downtown Luxor.

The main reason for Luxor temple was the annual Opet celebrations, when the statues of Mut, Amun, and Khonsu were transferred from Karnak, along the pathway of Sphinxes, and reunited in this temple during the inundation.

I advise you to visit the temple near sunset. The complex is wonderfully lit to highlight the relief carvings and the beautiful columns or Visit it early when the temple first opens, before the crowds.
Because we just talked about Luxor temple let’s discover another Temple very near to Luxor temple and linked to it.

Karnak Temples or the complex of Karnak Temples, the temple is dedicated to Mut, Amun, and Khonsu and it’s considered as the largest religious construction ever built, it’s about 18 acres, and was a site of pilgrimage for nearly 2,000 years.

Karnak area hosts the Theban city temples in the northern side, the ruins cover a big area and are still amazing, however, no houses remain, palaces, or the gardens that must have located the temple precinct in ancient Egypt.

The location of the sacred enclosure of the god Amun only is sixty-one acres and the most northerly temple is the Mont Temple, the war god, which little now remains but only the foundations. However, the southern temple, which has a sacred lake shaped as horseshoe, was dedicated to the goddess Mut, wife of Amon; this temple is also severely ruined. Both temples were built during Amenhotep III the reign time, whose architect was commemorated by statues in the Temple of Mut. 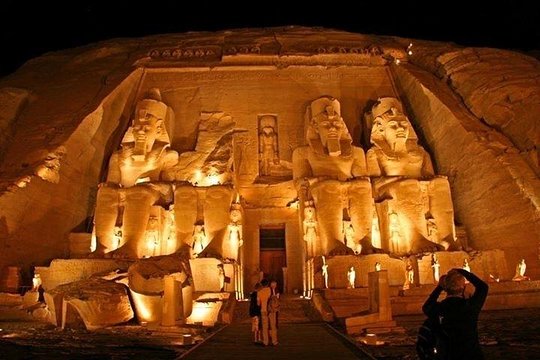 The temple of Karnak was known as “most select of places” in the ancient ages. It is a temples city built over 2,000 years ago. This abandoned location is still capable of putting interesting highlights over many wonders of the modern world.

At the end, I can tell you that there are not enough words to describe the wonderful ancient Egypt history in general or Luxor or Thebes city either we are talking about temples as Luxor, Karnak or Hatshepsut Mortuary Temple, or the tombs which located in the valley of Kings or Queens or others, it will be great to remember the beautiful Luxor museum.

Now, tell me what do you like to visit in Luxor.