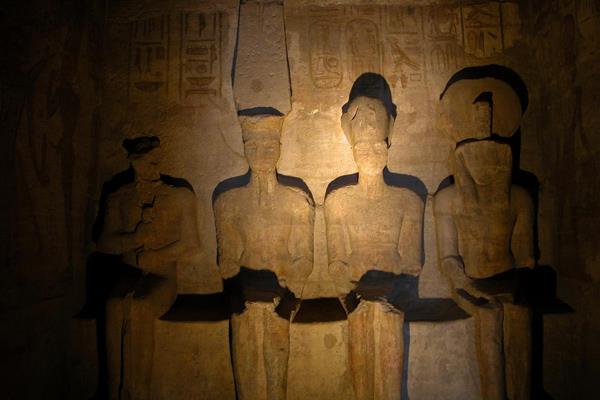 Hello everybody, I came today for you with new Egyptian magic secret from the pharaonic civilization, it’s one of the amazing secrets of the ancient Egyptians is the secret of the Sun Perpendicular on Ramses’s Face; this is one of ramses ii facts that happens twice every year as the sun reaches the four statues inside Abu Simbel temple in Aswan, let’s discover the secrets of king Ramses ii and king Ramses iii. 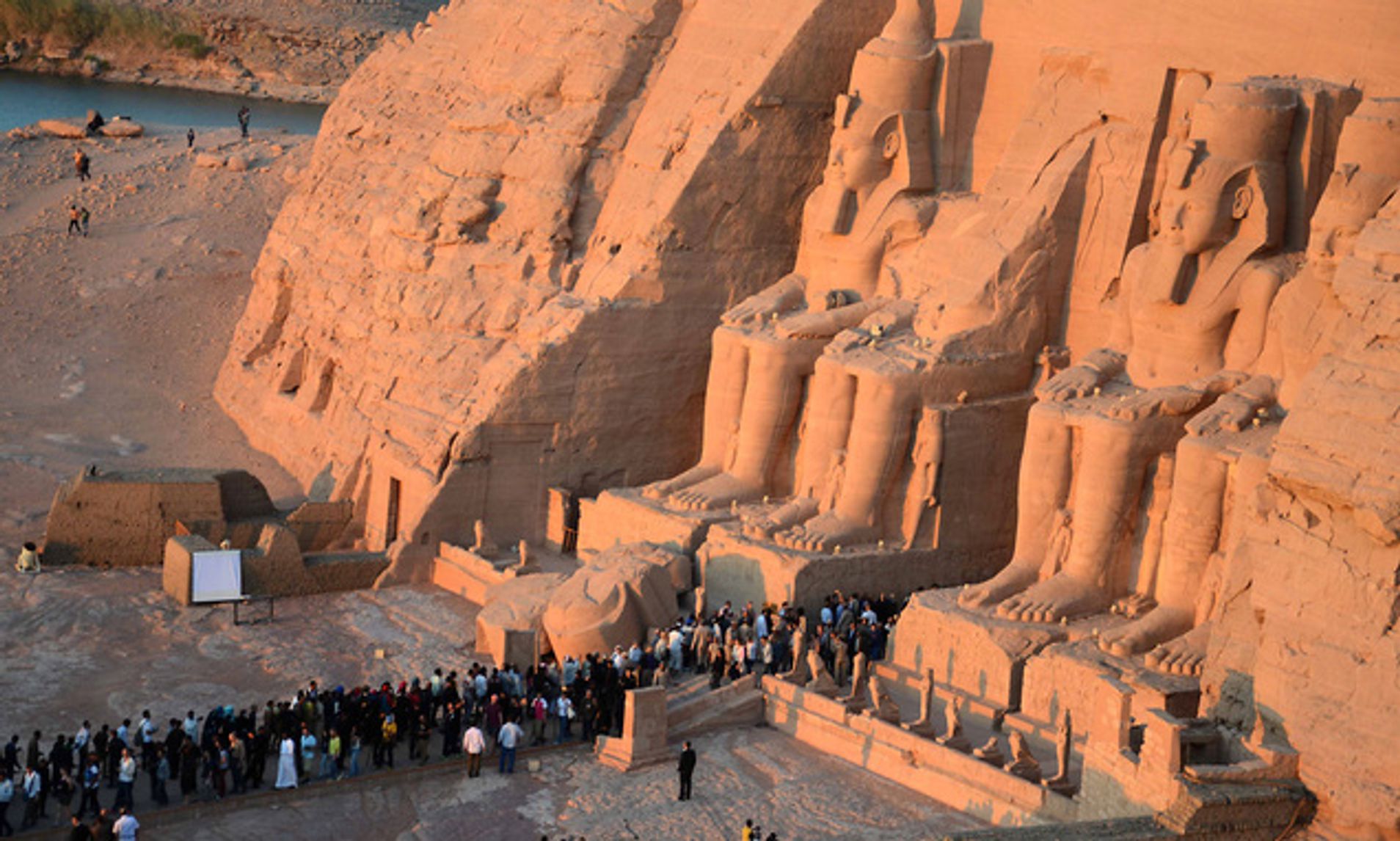 The Secret of The Sun Perpendicular on Ramses’s Face

Egypt had great civilization for two thousand years, by the time of king Ramses iii, the universe was going through massive uprising, This long era of stability in the Middle East started by Thutmose III and up to by Rameses II’s treaties with the Hittites was about to end.

This phenomenon made Abu Simbel temple unique from the other ancient Egyptian landmarks because it’s very interesting that the sun can lights this deep dark place in the rock that it’s 65 meters away from the main temple entrance.

However, after relocating the Temple to its current site, the days changed to the 22nd of October and 22nd of February.

A light flux illuminating Ramses’s face in his room, then, the sunlight speeds fast to be a light bundle that appears on all the four statues faces inside the chamber.

This chamber contains Ramses statue then you can see next to him the god Ra Hor his sister statue then the god Amun and finally the statue of the god Ptah.

However, it’s really interesting that the Sun does not shine on the statue face of “Ptah” which was known as the dark god.

The sun phenomenon only lasts 20 minutes on these days.

There are some theories explain why this phenomenon happens:
The first story is that the temple was designed by the ancient Egyptians to determine the start and enrichment of the agricultural season based on astronomy.

The second theory is that these two days go with King Ramses II’s birthday and the day he took the throne.

The miracle is obvious here if the illumination in the two days is determined and chosen even before the process of sculpture.

Because it’s required full knowledge of the astronomy science and many other calculations to know exactly the declination of the axis of Abu Simbel temple from the real east.

In addition, the miracle is shown in the perfect straight axis along 65 meters distance cut in the rock.

Who Discovered This Wonderful Phenomenon?

It was discovered in 1874 when Miss “Emilda Edwards” and her team noticed this phenomenon and wrote about it in her book which was published in 1899.

What she wrote about this phenomenon was the following:
“At sunrise, the sacrarium statues become of an incredible effect and are covered by a beautiful corona of fear and veneration.
If anyone did not observe the falling of the sunlight on the statues, he would doubt about its big effect accurately calculated according to the astronomy and arithmetic of ancient Egyptians.
This is because the direction of the temple was accurately calculated fathe certain angle to receive these radiations on the four statues faces”.

In the end, we can say that the Sun Perpendicular on Ramses’s Face phenomenon shows another great dimension about the ancient Egyptians’ wonderful and rich history which was full of knowledge in all fields including astronomy, Architectural Engineering and great civilization all over the country.

What is your opinion about this phenomenon?