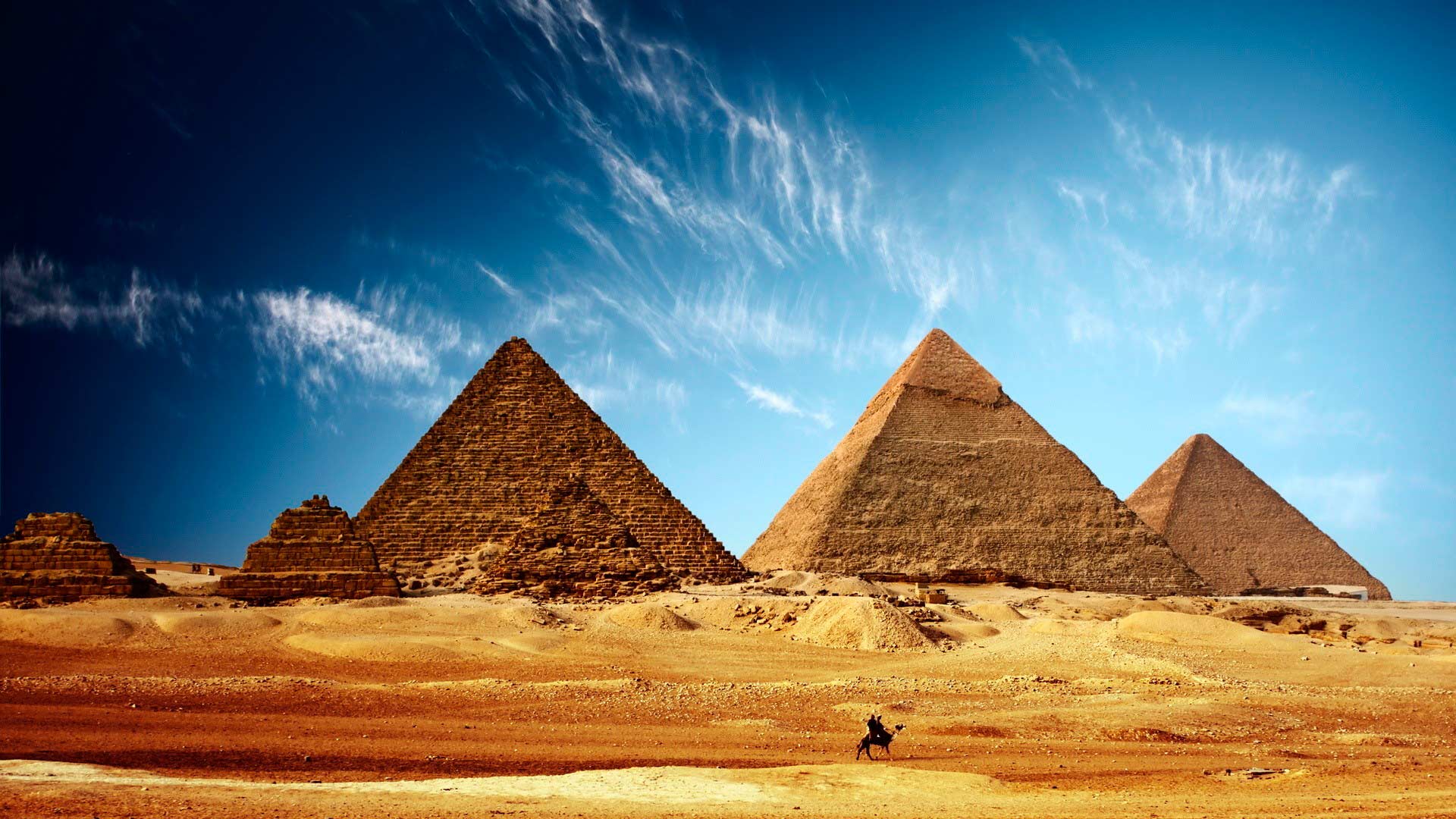 Ancient Egypt was a civilization of ancient North Africa, concentrated along the lower reaches of the Nile River in the place that is now the country Egypt. Ancient Egyptian civilization followed prehistoric Egypt and coalesced around 3100 BC (according to conventional Egyptian chronology)[1] with the political unification of Upper and Lower Egypt under Menes (often identified with Narmer).[2] The history of ancient Egyptoccurred as a series of stable kingdoms, separated by periods of relative instability known as Intermediate Periods: the Old Kingdom of the Early Bronze Age, the Middle Kingdom of the Middle Bronze Age and the New Kingdom of the Late Bronze Age.

Egypt is the world’s oldest civilization with more than 4000 years of history. Egypt is also one of the oldest vacation spots. Early Greeks,
Romans and others went there just for fun, and to see the wonders of some of
mankind’s earliest triumphs.

But Egypt is much more than Pyramids and monuments. It is also Red Sea scuba diving, hot night spots, luxury hotels and five-star restaurants. It is romantic cruises down the Nile on festive river boats, a night at the grand opera and it is a cultural experience like none you have ever experienced.
Egypt is a land bustling with life, sound, visual beauty and excitement.that is why we can consider Egypt is matching the main tourist link in the world 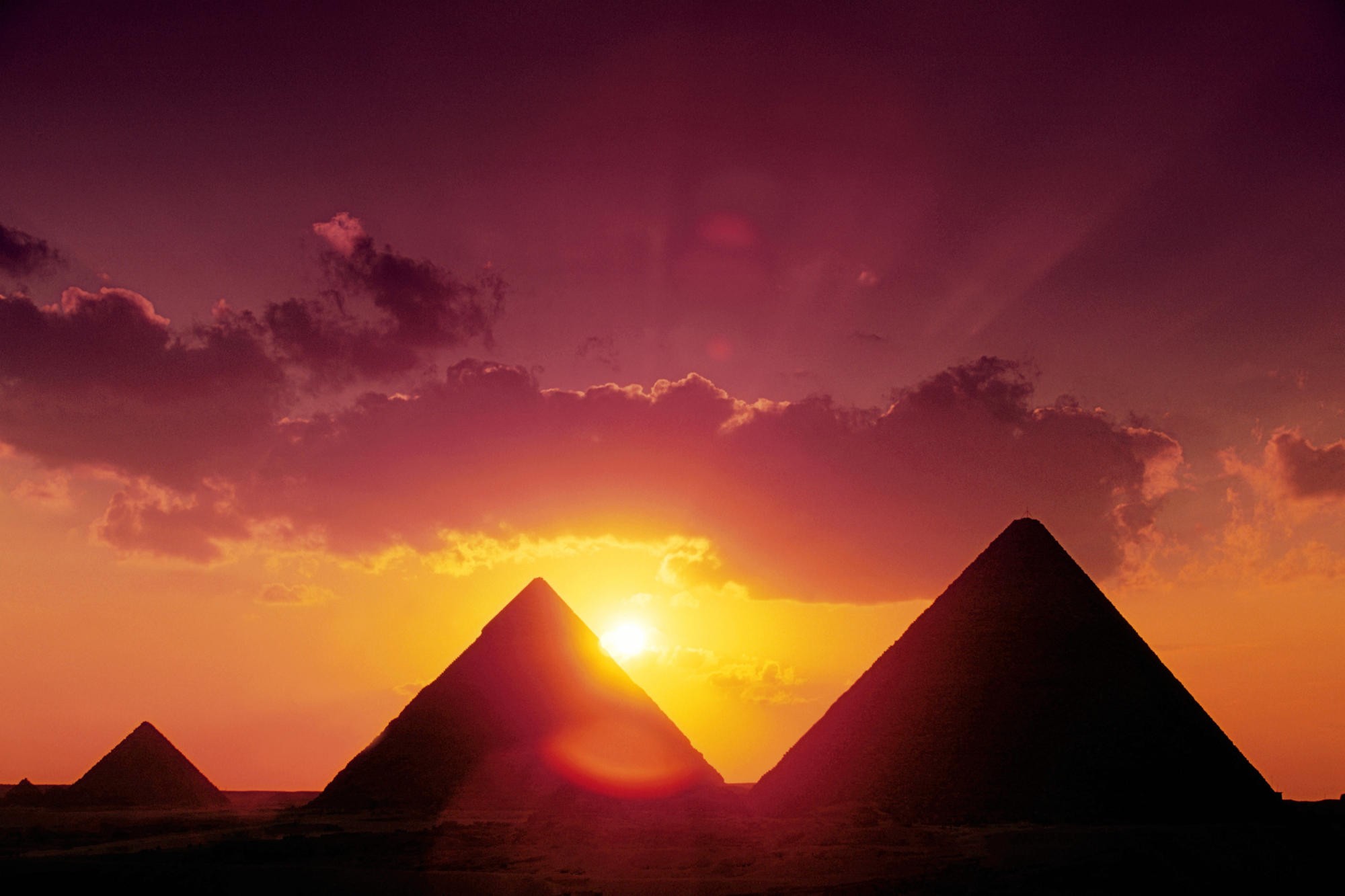 The classic tour of Egypt is mostly Paranoiac and most of the time it will
also include some religious and Islamic sight-seeing. The most common
classic tour is usually 08 to 14 days, and it generally includes Cairo,
Luxor and Aswan by land or on board of a Nile cruise ship. ” Must see”
monuments are the famous Pyramids of Giza, the statue of the Sphinx, the Step Pyramid of Sakkara, the West & East banks of Luxor.( Luxor alone has 1/3 of the world’s ancient monuments), the Philae temple in Aswan & the
temples of Abu Simbel. 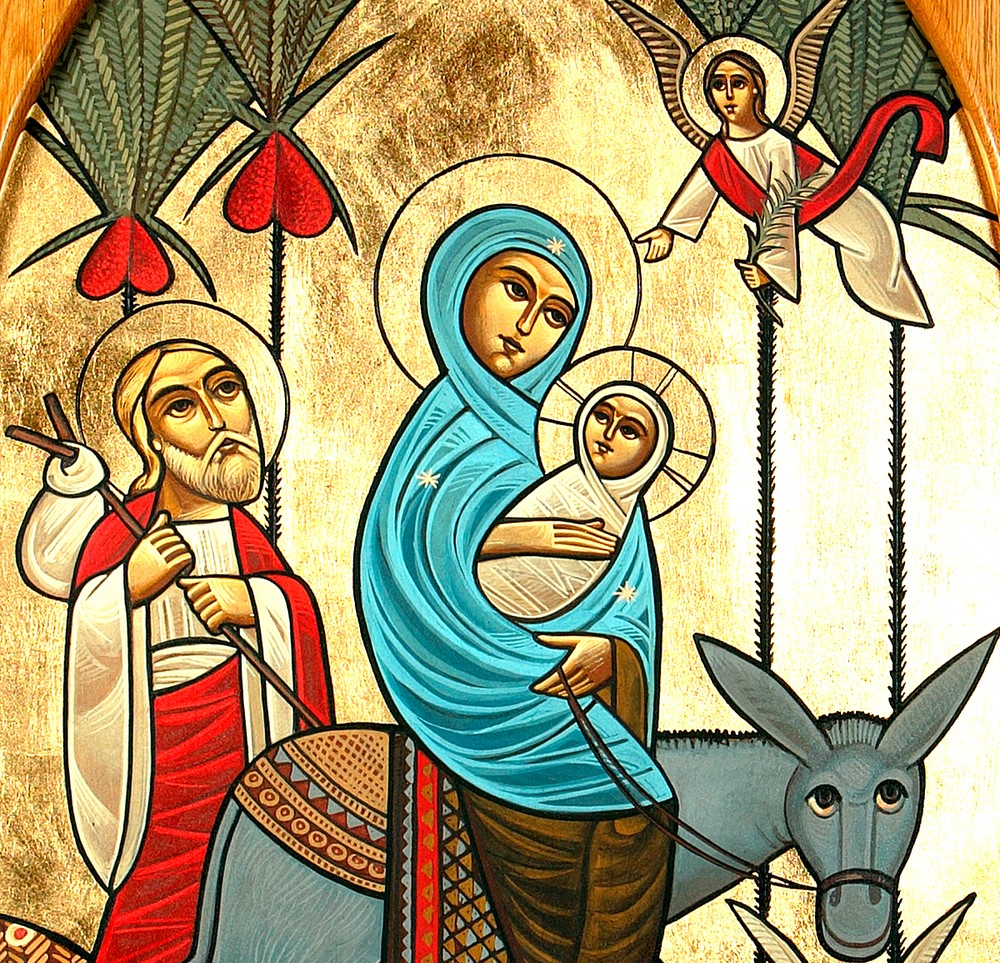 These tours on the religious historical monuments all over Egypt, the Exodus Route in Sinai the Holy Family Route where also a short beach stay might be included.
Many religious sites are to be found in Cairo like the Coptic quarters including the ancient Coptic churches & the Coptic Museum, as well one of the few Jewish Synagogues in Egypt.
Very close by is a major Islamic site, which is the Amr Bin El Ass Mosque,
the first Mosque being built in Egypt. Rest of the Islamic monuments are located in the area of the Fatimid Cairo or Old Cairo. Several famous
Mosques like Al Azhar Mosque (one of the oldest universities of the world), the Ibn Tulun Mosque ( and the Mosque at the Citadel of Salah El Din are not to be missed.

Egypt is the modern word derived from the Greek ‘Aigyptus’, a designation given to the population at the time when Alexander the Great conquered Egypt . The name for the indigenous people, the Copts, is derived from this term. In Arabic, the term for the inhabitants of Egypt is Misr and in ancient Hebrew, Misri. Arabic and Hebrew are both Semitic languages.
The word “Misr” is related to ‘Miz-raim’ son of Ham and the grandson of Noah, according to the Amarna Tablets, found in Minya governorate in Upper Egypt .
(Upper and Lower Egypt are named according to the flow of the Nile — South to North)
Calendars

Pharaonic remains demonstrate that the Egyptian /Coptic solar calendar proceeds the erection of the ancient monuments because the temples for worship and sacrifice are built facing east and the tombs facing west.

From Abraham to Joseph

There where 27 Egyptian dynasties before Alexander the Great (332 B.C.)The 1st king of the 1st dynasty whose temple is at Abydos in Balyana south of the Sohag governorate may have been the Biblical Miz-raim.

The Pyramids were designed and built in the 4th dynasty of the pharaohs.

Abraham was 75 years old when he came to Egypt during the 10th dynasty.

Joseph was l7 years old when he was sold to traders going to Egypt .

The ancient Egyptians had an understanding of God (Gen. 41:38 —“Can we find a one such as this, a man in whom the spirit of God is?). Also, the positioning of tombs to the West and the mummification process indicate their expectation of resurrection.

Joseph began his rule in Egypt at the age of 30 (1778 B.C) during the 13th dynasty . Vivid remains of structures from this period can be seen today.

Jacob came to Egypt at a ripe old age and the Israelites, following him, in 1768 B.C. multiplied in numbers. According to the Biblical records, Jacob died at 147 and was embalmed according to Egyptian tradition in 1751 B C.

From Moses to Jesus

Moses the dominant character of the Old Testament, was born in Egypt in 1418 B.C and died in 1298 B.C. According to the Biblical story. God himself buried him and his grave is unknown to us .‘

Moses confronted God at the burning bush and spoke to him, face to face, on Mt. Sinai.

Such theophanies have always led Egyptians to regard their land as holy ground (e.g. a second Holy Land )

The Passover took place in 1338 B.C.  Various   stations of the Exodus (of which there are 33, the same number of the years as in Jesus’ life) can be visited today.

The Old Testament translated into Greek: (Greek and Coptic languages are sister tongues of 7 different letters). Such translation was done by Greeks born in Egypt , it was known as the ‘Septuagint’ the work of 70 scholars
From Jesus to modern Era

St. Athanasius, Patriarch of Alexandria, gave the first list of the 27 books of the New Testament in his Easter Sunday sermon.

The Christian church of Egypt (Coptic Orthodox), with a membership around 16 million is a vital Christian community with many sites to visit including stops of the Holy Family and the monasteries and churches. Copts believe that God has favored them with special apparitions including

* The miraculous movement of the rocks at Makita Mountain (976 A.D.)
* The appearance of the Scriptures floating on the Nile at St. Mary ‘s church in Cairo with the page open to the Hosea 11:1 ‘out of Egypt have I called my son’
In 1968. ( In that same year, the body of St. Mark was returned to Egypt from St. Mark’s in Venice and now reposes in the Cathedral of St. Mark in Cairo.

.……a holy land ‘for the place whereon thou standest is holy groundEx. 3:5′
……a civilized land ‘And there was a famine in the land: and Abraham went down to Egypt to sojourn there; ……..’ Gen. 12:10
……a land of planty ‘And the famine was over all the face of the earth; and Joseph opened &all the storehouses, and sold unto the Egyptians; and the famine
waxed sore in the land of Egypt ‘ Gen 41:56
……a land of miracles ‘…and the Lord caused the sea to go back by a strong east wind all thenight ‘Ex14:21
……a secure land ‘And was there until the death of Herod’ St. Math. 2:15
……a blessed land ‘Blessed be Egypt my people.’Isaiah 19 :25
……a land in which prophecy is fulfilled’……a pillar at the border thereof to the Lord.’ Isaiah 19:19